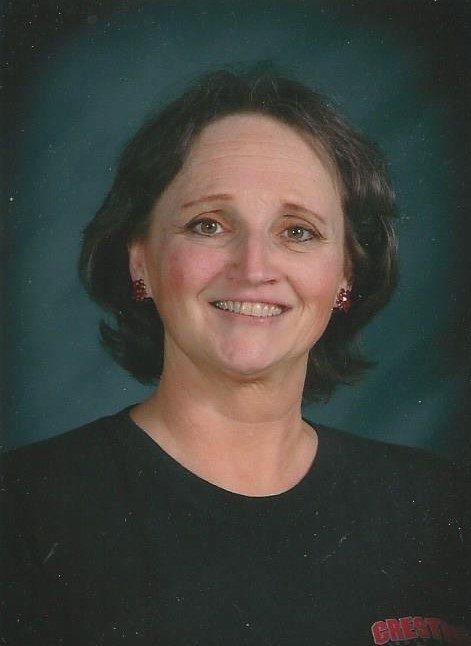 Jennifer “Lolli” Calisher Hughes passed away, far too early, on April 19, 2019-from complications of diabetes. Lolli was born in Washington, D.C. on July 3, 1959. After living in Atlanta, Georgia, Lolli moved in 1973 with her family to Fort Collins, Colorado, where she was part of the first class at Rocky Mountain High School. Lolli was an excellent student and, after briefly attending Colorado State University, went on to earn a Bachelor of Arts degree from the University of Notre Dame-at age 20, with Honors. She sure loved the Irish. Like her Dad, Lolli was an enthusiastic and, at times, insufferable fan. Lolli later obtained a Master of Science in Education from Texas Wesleyan University.

For many years Lolli was a dedicated, accomplished, and popular teacher in Arlington, Texas. She enjoyed wonderful relationships there-with innumerable students, of course, but also with other teachers and staff, whom she loved and admired greatly. In 2007 Lolli returned to Colorado, where she continued to teach until her health no longer allowed it. Despite her challenges, Lolli found time to volunteer, including with the Gilpin County Historical Society. Her last years were difficult, but her attitude remained positive until the end. Lolli was predeceased by her mother, Rose Calisher, and son, Dylan Hughes. Her father, Charles Calisher, her step-mother Shelley Calisher, her siblings Daniel Calisher, Sarah Calisher Haworth, and Sean Grogan, as well as the rest of the family and her many dear friends, are devastated by losing Lolli-but hold loving and happy memories of her life, cheerful demeanor, and many accomplishments. Lolli elected not to have a service.