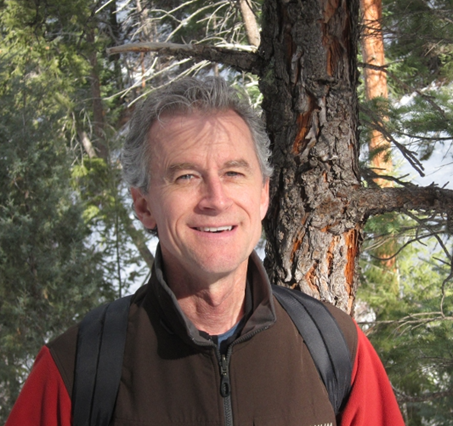 Dallas W Parkins Jr died on April 15, 2022 at the age of 63. He had lived with colorectal cancer and its complications for more than six years, and yet always managed to express grace, dignity and inspiration to others throughout the many challenging and often exhausting times of surgeries and treatments. Dallas lived unafraid of cancer or death, choosing to focus his energies and attention on appreciating the magnificence of life in every moment. He loved the natural world, adventure, art, science, and his friends and family. In the last decade of his life, his energies were ever-focused on his life|creative partner, his wife, Sharon J Feder.

From his formative years in Billings, Montana as motocross racer, ace mechanic and the fourth member of the Ray Kramer Trio — in which his father, Dallas Sr. was the lead singer and guitar picker — through a late career as a chemical engineer and chemical plant safety consultant, Dallas was the most pleasant and present person around – and to be around.

In Montana, surrounded by craftspeople, homemakers, fixers, musicians, and a handful of artists, Dallas was an astute observer and was committed to finding the most efficient and long-lasting solution to every challenge. Dallas helped his dad, Dallas Sr and mom, Marlene, with whatever tasks their farm implement, concrete plant, construction, mail delivery, or other businesses required. He was an anchor in the family of seven, giving his three sisters, Tammy, Janet, and Kelly a terrific example of what a true friend and a decent man is.

His younger brother, Gary, got to share many of the best years of Dallas’ life with him — traveling, and enjoying the Houston, Dallas, and Denver art scenes. Whenever Gary had an art project or artistic vision in the works, Dallas was his left-hand man, putting in late hours, lending a strategic effort, then standing beside him through the launch.

Dallas worked hard, laughed hard and told terrific long-form stories from his life and his family’s homestead lives. He lived with love, integrity and always his very best effort.

Dallas was known by everyone who worked beside him as a master of every trade he touched — and he touched most of them. He could build a car from a pile of scrap parts, and it would likely run better than a lot of factory-built models. When he needed to accomplish a complex job, he would design and fabricate the jig, hoist, mill, or custom device that would give the project the best possible efficiency and finesse. Undertaking and completing projects (broadly defined) was what gave his life meaning.

Having jumped into starting a family right out of high school, it took him twelve years to complete his undergrad and then master’s degrees, while co-raising his kids and working a full-time plus several part-time jobs. His four sons, Dallas III, Justin, Eric and Dan, all of Billings MT, eventually came to understand what made their dad tick. It took a while, because Dallas was not typical of Montana men. With an ever-open mind, his interest in art and culture, science, international travel, social/political intricacies and interpersonal communication led him to continuously expand his knowledge base.

He chose to live his life in a way that might inspire his sons, nine grandchildren and one great-grandchild. He could not have imagined how many people he actually inspired along the way. How he lived, how he died, and how he thrived throughout the years of medical treatments has demonstrated a whole universe of possibilities — to countless people.

Dallas spent most of his life supporting the great works of everyone he cared for, until he quite rapidly came into his own as a gallery-represented visual artist (Michael Warren Contemporary, Denver) in 2014. Wherever exhibited -- galleries, arts and cultural venues -- his typically large-scale art photographs drew attention and appreciation from observers, including some of the keener-eyed artists, art critics and curators.

Well-known for his clever and sharp wit, Dallas recently said, when being told that a friend had decided to be a full-time visual artist, “I’m dying. She’s trying to make a living as an artist. I’m not sure I don’t have the better deal.”

All the makings of the man, the artist, the best partner ever were finessed and primed by his 53 years of living when Dallas met Sharon Feder in his chosen home of Denver. Mountain woman, mother of three grown sons, and painter, the fibers of their separate lives wove together into an epic partnership known colloquially as the “Parkins Federation.” Dallas was proud to be a mentor|second father to Sharon’s sons Shon, Harry and Jet, beloved brother to Harlan Feder and Janet Feder and nephew to the late Kenneth “Bob” Feder.

Exploring the world together, Dallas and Sharon enjoyed travels to: Belgium, France and Germany; extended forays in Southwest Colorado, Utah’s Colorado Plateau, Arizona and New Mexico; California’s wonders, from Giant Sequoia parks to Los Angeles; Yellowstone; New York City and Princeton; and frequent (pre-Covid) visits with Parkins family in Montana. They had friends and family everywhere and made new friends along the way – yet base camp was home in Denver, with their gardens, water feature and frequent dinners hosting friends and family.

Dallas was always up for foothills and mountain hikes and picnics, acclaimed for his mastery of kitchen skills, and thrived on preparing entire Thanksgiving, birthday and Christmas dinners for Denver family. He was also committed to helping the Denver Community through his board position with Supporters of Children.

Filled with love for life -- the natural world, each other, each moment, and their abundant friends and families -- the pair spent nearly every moment together for more than ten years, living in gratitude for all the gifts of the adventure that was life as they experienced it.

We were all enhanced by the light of this gentle and brilliant spirit in human form. We are all lessened by his passing.

Memorial services and burial will be at 11 a.m. on April 29th, in Forsyth Montana at Stevenson & Sons. For more information on that, contact Dennis Elliott (nephew): 406-623-0265

If you wish to make a donation in memory of Dallas, please make it to the charity or preferred organization of your choice. The world can always use more Dallas mojo !!