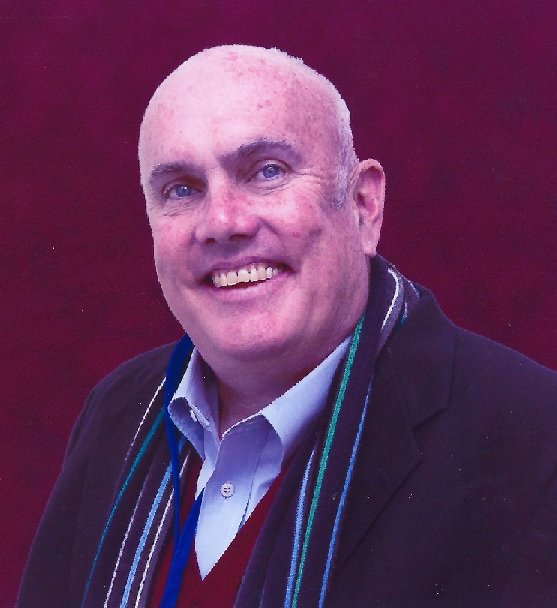 Bill Stevenson was a man of many smiles. His warmth and kindness radiated throughout the communities he cultivated and supported in his life. Born in Pittsburgh and raised in Titusville, Pennsylvania, he grew up knowing the value of a close-knit village where he could say hi to everyone he knew.

Bill was the second-youngest between four cherished siblings - EJ, Anne, and Marcie - and born to a mother he loved dearly, from whom he inherited a gentle demeanor and a pair of big, bright eyes. Always a good student and a strong athlete, Bill attended Loomis Chaffee for boarding school and Cornell for college, where he developed a strong passion for military history and The Beatles. In time, he completed his law degree in Pittsburgh, where he met his wife with whom he would share a life for forty-one years.

The two ventured out west in the eighties, arriving in Denver, Colorado when it was still a sleepy city, eventually nestling into the Greenwood Village community where they raised their three children - Will, Mamie, and Sophia - for thirty years. Bill was a wonderful father who provided his family with undying emotional and material support, extending his kindness to not just his family, but to anyone who needed it.

While Bill spent the better part of his career practicing law, serving as general counsel for Farmers Union Insurance, his work responsibilities shifted towards more humanitarian causes over time. He eventually became the Director of Cooperative Development for Rocky Mountain Farmers Union while simultaneously achieving a Masters of Divinity from the Iliff School of Theology, where he graduated in the summer of 2019. His life’s purpose was to uplift local communities and create a more just society and healthier planet for everyone.

Between long stints of reading in bed on the weekends, Bill enjoyed Colorado’s sunshine and mountainous scenery by playing golf with friends or running in Cherry Creek State Park, where he often trained for the thirteen marathons he completed. Any moment of free time he could muster was spent doting on his youngest, Sophia, who was adopted from China in 2003.

When his wife Molly fell ill with cancer very suddenly in the late summer of 2018, Bill remained steadfastly by her side until the moment of her death just weeks after diagnosis. Through her death, Bill demonstrated strength and exquisite grace, confident that their souls would reunite in heaven, and he remained a deeply caring father to his children during their long season of grief.

Words will never be sufficient to describe the overwhelming amounts of humility and generosity that Bill maintained and he yearned to create a legacy of kindness. In fact, with the help of his wife, he founded a scholarship that awarded middle school students not for their academics or their athleticism but for their altruism, instilling in younger generations the value of a hug and a smile.

Bill was known everywhere he went - “The Mayor of Greenwood Village”. He remained a fixture at his neighborhood bistro, Ya Ya’s, since the time it opened, spending so many evenings there after work that a drink named for him can be ordered from the menu. He ran the bull pen and served as the announcer for his neighborhood swim team, Hills West, for the better part of twenty-five years. He served on countless boards, became the benefactor of several organizations and causes, and made a point to develop a relationship with every single person he ever met. He was sincerely invested in people and had a way of making someone’s small victory feel like a huge accomplishment.

The recurring sentiment is that there has never been a kinder person, a gentler soul, and that the world became a little bit darker when Bill left it. But his spirit lives on in the smiles of those he knew, for it is impossible to think about Bill without feeling touched by his goodness and enveloped in his warmth. He will be missed tremendously.

A Celebration of a Wonderful Life

10:00 am - 11:00 am
Crescent Amphitheater next to YaYa's
8392 E. Crescent Pkwy
Greenwood Village, Colorado, United States
Please join us in remembering Bill and honoring his tremendous legacy, Saturday, June 19th at 10:00 AM at the amphitheater next to YaYa’s, 8310 E. Belleview Ave., reception to follow. Donations can be made in Bill’s honor to Cherry Creek Schools Foundation’s Bill & Molly Stevenson Kindness Scholarship or The Rocky Mountain Farmer's Union Bill Stevenson Memorial Fund